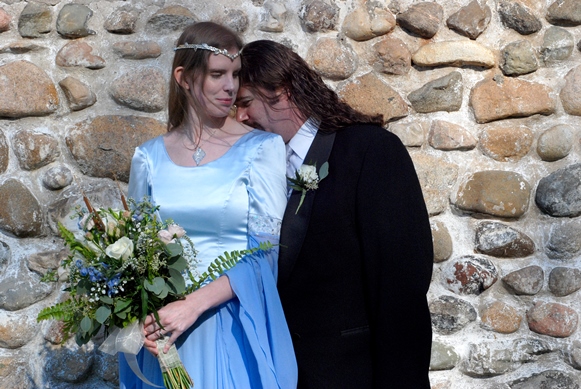 My husband and I have been trying to get pregnant for three years and finally went to a fertility clinic. After seven months of medication not working they finally prescribed Menopur and I got pregnant the first month. Unfortunately, the home test kit came back negative so I didn’t know I was pregnant for over a month. I called them after a while to begin the medicine again and they had me get my blood drawn for a hospital test. It showed I was definitely pregnant. I was overjoyed. My husband, being a medical professional, was less enthusiastic and kept telling me to wait until the first ultrasound to be happy. When we went for the first ultrasound the doctor tried for two minutes before he found a heartbeat. It was soft and fluttering, like the beating of butterfly wings, not strong like it should be. He said I would lose the baby and miscarry within the next few weeks.

I got a second ultrasound at my OB/GYN which confirmed my baby had died. Instead of getting a D&C right away we decided to try medication. On December 23, 2014 I took the medicine and experienced three days of mind-numbing pain, but no bleeding. It had not worked. I was given a D&C on January 2. After that I got my betaHCG levels tested every week for months until March because the levels still showed me being pregnant. At the end of March I went in for another D&C to remove the remaining “products of conception.” No one in my family seemed to understand what I was going through. My older sister just said “That sucks” when I told her and my twin sister and parents kept being “positive” by telling me to be happy – I had gotten pregnant at all.

After the requisite amount of time to recover my husband and I began again in May. Once again I became pregnant. This time the joy was also short lived as the nurse called after the second betaHCG test and told me I probably had an ectopic pregnancy and to prepare for methotrexate. Again, I was devastated. We went to the clinic and got an ultrasound and the doctor found a gestational sac in my uterus. I became cautiously optimistic. We waited two weeks and went back. Ultrasound showed that the sac was empty. I had something called a blighted ovum, when the fetus dies really early and the sac grows without an occupant.

They suggested I have a D&C in house after another bout of medication that did not work. It was so painful. I was drugged but I remember being so in pain that I tried to crawl off the table. My doctor stopped the procedure and scheduled me for a fourth D&C the next day in the hospital. After that was over I had a hard time getting back to normal. My husband and I are both grieving but not in the same way so it has strained our relationship. I pretty much withdrew completely from most social situations. I’m just now starting to feel a bit more open to other people and ready to face life and trying to get pregnant again.

I hope that these losses are the only ones I will have to face and look forward to someday being the mother of a beautiful child. Until then I will work on being kind to myself, being kind to my husband and filling my life with things that make me happy. Thank you for reading my story.