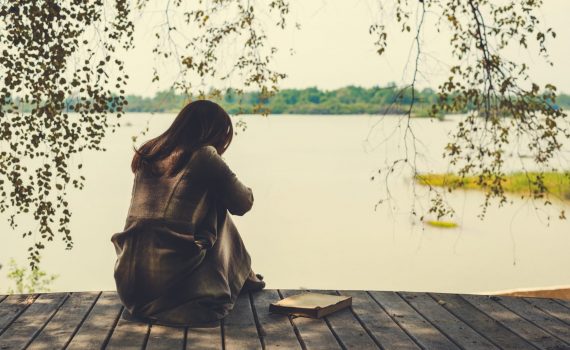 I had a chemical pregnancy in October 2017. It was my first pregnancy and unplanned, but we were very excited. That excitement did not last long as the pregnancy ended quickly. However, we tried that same cycle, and I got pregnant with my daughter. She is now 2. I had a relatively uneventful, full term pregnancy with her. She is now the light of my life.

When she was about 13/14 months, I got pregnant again. It was very much a surprise, but after the initial shock and fear wore off, we were excited to have a sibling for our daughter close in age. The due date was 6/20/2020. I told 3 of my closest friends and that is it. When I went in for my ultrasound at 10 weeks, I was told there was no heartbeat and the baby was only measuring 6 weeks. That was November 2019. I was devastated. I started miscarrying later that week. It was a long process, and took about a month for my HCG level to get back to 0.

My husband and I decided not to try again right away, as the timing just wasn’t right. Within a few months of my loss, my 3 closest friends (the ones who knew about the loss) all announced to me that they are pregnant. I was happy for them, but also devastated and so sad for myself. After several months of therapy and working through my anxiety and depression, my husband and I felt that the time was right for us to try again.

We started trying in August 2020, and I got pregnant right away. This pregnancy was filled with so much fear and anxiety. Around 6/7 weeks along, I just felt this overwhelming anxiety that something was not right and the same thing was going to happen. I begged my OB and PCP to get me an ultrasound, and they did. I went in when I thought I was 7 weeks 5 days, but baby was measuring 6 weeks. I went back 10 days later, and there was no heartbeat and no growth. That was yesterday. I started miscarrying later that day.

I’m beyond devastated. I feel like such a failure. I know it’s not my fault, but I can’t help but feel like there is something wrong with me, which makes it my fault. None of my friends have experienced loss, so I feel so alone. Doctors are now using the word “infertility” and that just makes me feel so inadequate.

I really want another child. I want to give my daughter a sibling, but now I fear that I can’t. I know I should be happy because I have a beautiful, healthy daughter, but this was not the life I had planned for. Sometimes I feel like if I disappeared the world would just be a better place. I try not to think that for my daughter, but I can’t help it. I feel like I want to try again immediately, but I feel like I won’t survive another loss. Doctors want to start testing to see if there is anything wrong medically, but I feel like my life is passing by, and I’m not getting any younger (currently 29). I’m just struggling to accept this is how my life may turn out.

I can totally relate to your fear. I’m much older than you and worry about not having kids myself. Prayers and hugs to you!

We Lovingly Remember These Babies Gone Too Soon