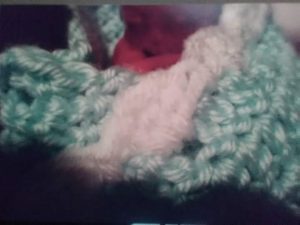 On October 13, 2015 I found out I was pregnant for the first time. I was shocked as I hadn’t been trying. When I was 5 weeks, I went to the doctor and they were surprised that my baby had a heartbeat that early but wanted me to come back a week later for another ultrasound. I didn’t think anything of it and saw no reason for concern. I went back a week later and that’s when they told me the heartbeat was no longer there. I decided for a D&C as my baby was not actively miscarrying (no bleeding, no signs of loss) and I did not want to risk infection.

Fast forward 8 months and I found out I was pregnant again. Every doctor’s appointment and ultrasound looked great. At 13 weeks, I let out a sigh of relief. One day I was at work when I was 16 weeks pregnant and I started feeling off (fever, chills) so I went to my nearest immediate care center. There I heard that awful news again: Your baby has no heartbeat. I was released from there to go home.

I ended up going back to the hospital because my fever got worse and I felt dizzy. They took me up to labor and delivery where I had my son Kain about 4 hours later. He was perfect. He got to stay with me for the 2 days I was in the hospital, up until the time I had to give him to the nurse when I was discharged. I went through arrangements for cremation the next day at the funeral home. I had to identify him at the funeral home, which was hard. He was in a small casket.

His father and I have since split and I haven’t attempted to have any more children. But I hope I get my rainbow baby when the time is right.