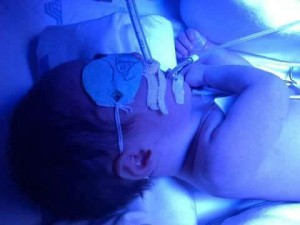 Five years ago I lost my second baby boy, the causes were domestic violence and he was 35 weeks when he was born. He was premature and his lungs weren’t totally developed so he had breathing problems besides he wasn’t well taken care of. There were too many things that didn’t help my baby survive, complications and then septic shock that was fatal on my son.

Three days he was fighting without seeing me. We were separated, I was recovering and he was fighting for his life. I spent only 2 and a half hours beside him and that night was the last time I saw my baby boy moving and he heard my voice.

We went home and the next day he was gone and nobody told us anything until late afternoon. I was irate, furious, so sad, and nobody could understand the pain I was going through. Everybody told me he was gone and I had another to take care of, to stop mourning, crying for the little one that was not meant to be here. Those words cut my soul and tore my inside. Five years since he left and there’s still too much pain inside me. I feel I failed my son, I couldn’t save him or do something to help him……