The story of Through the Heart is one you may be familiar with – it is a story of loss, hope, and perseverance. 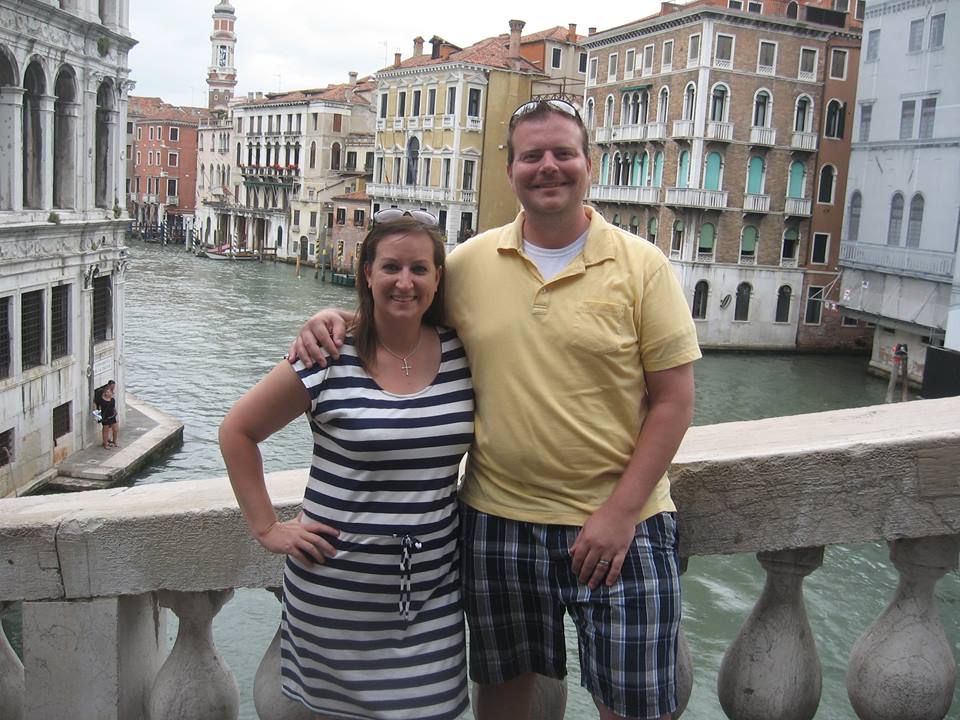 In February 2013, my husband Sean & I lost our first child, a daughter, at 20 weeks into the pregnancy. It was one of the most difficult, heart-wrenching, emotional situations either of us has ever dealt with. In the days and weeks following the loss, we felt alone. All around us the world was continuing on as it always had and yet ours had stopped. We felt disjointed, as though we didn’t know how to live a normal life anymore. We went back to work, back to our daily routines, but we were just going through the motions. Many people around us acted as though nothing had happened. We learned in that time how deafening silence can be.

Losing a child changes a person. It carries a special type of pain that really can’t be described, only understood by those who have been there. In the midst of our grief, we decided we didn’t want anyone else to ever feel alone in the same way we did. And so, in March 2013, Through the Heart was born.

I like to think that the decision to start a nonprofit organization was one made out of compassion, thoughtfulness, and the desire to help others – and it was. But I often think there was an element of crazy thrown in there as well. We embarked on this endeavor with no experience in the nonprofit sector, no idea what type of response we would get, and just a few hundred dollars from our checking account. We went for it anyway.

Sean & I spent the better part of 2 months creating an identity for TTH. We wrote the mission statement, had a logo created, and put together a website. We thought about what types of programs we wanted to offer. On the night of my doctoral graduation, we presented this idea for the very first time to my parents, my brother, and my mother-in-law without any idea of what their reaction would be. That night, we gained our first – and greatest – supporters.

In the time since, TTH has continued to grow and establish itself as a key resource for those experiencing a pregnancy loss. In November 2013 we launched our Comfort Kit program, which has received an overwhelming response. In June 2014 we were granted 501(c)(3) status from the IRS as a federally-recognized nonprofit organization. We’ve shared stories, started discussions, been an outlet for thoughts and emotions, and helped grieving parents from all over the country – and the world – on their journey to healing.

I could not be more proud of what this organization has accomplished. It hasn’t always been easy – in fact, most of the time it isn’t. It’s hard to be a nonprofit of any size, but being a small one brings extra challenges. Our lack of staff, resources, and funding has provided hurdles but it’s never knocked us down. We continue to find new ways to reach our goals and support those who need it.

I’ve learned first-hand how comforting this community can be. After 2 years of dealing with infertility we received the surprising news that I was pregnant again in April 2015. After several times of seeing the baby growing on target and hearing its heartbeat, we went in for what should have been a routine scan just shy of 12 weeks. It was then that we discovered there was no heartbeat. I had miscarried our son.

The process wasn’t any easier the second time around but one thing had changed – we had a place to turn. We were more knowledgeable and we had others to talk to. I quickly learned that I also felt more comfortable in telling the news to others than I had the first time because I was confident in my experience, not worried about being judged or having a stigma attached to the situation. TTH also gave us a way to stay distracted and help others – in the early days following the miscarriage, we kept busy by assembling Comfort Kits for others suffering a loss. It helped in our healing to be able to make sure others knew they too had a place to go.

Sometimes I still look back and wonder exactly what we were thinking in those early moments and then I realize it doesn’t matter – what’s important is that we have come together to create an amazing system of support, education, courage, and community. Thank you for being here with us, I cannot wait to see what comes next.