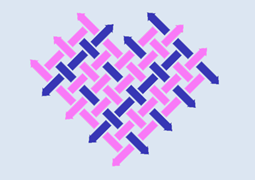 After 2 years of trying, I finally saw a positive test one evening. I started to feel little flutters at my 12th-13th week. It was the most amazing feeling. We decided to have our gender reveal party on July 4th. Little did I know on June 27th I started to feel some aches in my belly. I thought it was the belly stretching since I had hit my 20th week.

Later that evening I developed a fever out of nowhere. My partner asked me if I wanted to go to the hospital, but I said no because I had a very early appointment with my ob-gyn the next day. My gyn told me I can take Tylenol to bring down the fever that evening and if it didn’t go down, to go to the ER. So I followed her directions. My fever went down right away, I went to sleep with no pain or anything.

The next morning after my partner left for work, I started to feel what was apparently contractions. And of course, being that it was my first pregnancy, I had no idea what the pain was. I had to call 911 since I was alone. My parents were out of the country at the time. When I got to the hospital, the nurses did an ultrasound, and the baby was there with its heart beating. However, my cervix was open and I was almost 10cm dilated. I texted my boyfriend and told him that the nurses are saying that my water broke. The night before what I thought was discharge was apparently my water breaking.

They took me to the labor and delivery room and a doctor came in and told us that I developed a bacterial infection and I needed to give birth to the baby right away because if not, the infection can get into my blood stream, which meant I could’ve ended up in a coma or worse. I couldn’t stop crying and screaming from the emotional pain. I looked into my boyfriend’s eyes and apologized a million times to him. He asked me the night before If I wanted to go to the hospital and I said no. However, we don’t know if it would’ve made a difference at that point because we don’t know how long my cervix was opened for.

With all the heartbreak in the world on the morning of June 28, 2018 I pushed a little baby out that was 20 inches long and 13 oz. We had a little boy who looked exactly like my boyfriend. As I held him I couldn’t believe that I gave birth to a baby I couldn’t keep. A baby who couldn’t cry or hold my finger. It was the most painful thing I have ever experienced. I didn’t want to hear anything from anyone. Nothing made me feel better.

Every night I prayed to my baby, that I hope he knew how much I love him, that I am so sorry I couldn’t give him the life he deserved. There were some days I wished God could’ve gave him his life and taken mine away. My boyfriend, family and friends kept telling me that it would’ve been so much worst if something would’ve happened to me. During a heated argument one night my boyfriend said to me “do you know how hard it would’ve been to raise our baby without you, to tell him you didn’t survive during the delivery?”

And I think from all these words, that’s how I was able move on. I will never get over losing my son, but I had a great support system to help me grieve. I am now pregnant with a baby girl. She is my miracle baby exactly 1 year later. We’re due in November. God gave me my boy in Heaven and my girl on Earth. I pray for all mothers who have suffered a loss, for women who can’t conceive, grieve for as long as you want, know you are stronger than you think, and miracle babies do happen. My son taught me to be strong and show me who really cares for me. He’s my angel.