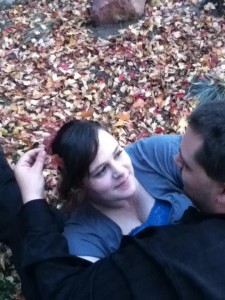 My husband and I have been together for 10 years but only married for 4. Three and a half years ago we found out I was pregnant. We were surprised and ecstatic as we thought I was barren. We had never used any preventative methods and had never gotten anything. I thought I had the flu my niece had just gotten over, but I was 5 weeks pregnant.

I was terribly sick and in so much pain over the next 6 weeks. I was in and out of the ER with abdominal pain but the baby was always fine, strong heart and movements. At 11 weeks 6 days I was in the ER again because of spotting and I lost the baby. I was devastated, for weeks I was just unable to function fully. The day before the loss the baby was fine, we had had an ultrasound and there was a strong heartbeat and the baby was moving so much.

I then discovered I had PCOS, which explained why I had not conceived up to this point but made repeating the process much harder. I started fertility treatments and after 3 years of that I was pregnant again.
Because of the previous loss we were monitoring everything very closely. There were blood draws to watch the hormone levels and everything was great until the ultrasound. The baby only measured 6 weeks when we should have been 8. The blood draw showed the HCG levels were dropping.

I spent a week knowing there was no way to keep the baby but still pregnant. They gave me the option of taking meds to “speed up the process” but that felt like aborting the baby and I could not even consider it. My sisters came to sit with me the first night after finding out and I grieved. I feel oddly detached from the whole thing after that. I was able to pass everything alone. I want to try again, we found the med combination that makes me ovulate so that problem is not a huge issue but I am terrified I will lose again.