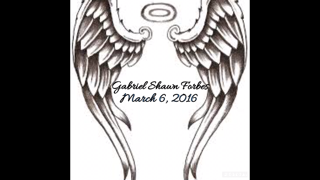 My husband and I decided that we were ready to have children. Within the first few months of trying we got pregnant. We were so excited and told everyone because we didn’t expect things to go the way they did. I had spotting all throughout the pregnancy. At 11 weeks I went to the hospital because the bleeding was heavier. They sent me home after many tests and said everything was fine. That same night I started having terrible pain and bleeding. So back to the hospital we went.

As soon as I got to the hospital I went to the bathroom to try and get my urine specimen, there was my baby. A teeny tiny little baby that was already formed. We were devastated. I laid in bed and cried for weeks. After my first cycle we decided we couldn’t give up and tried again. Once again I was pregnant within months. We were overly excited again, but didn’t tell anyone this time due to what happened last time.

Everything seemed to be going okay, when one Sunday at about 4 in the morning I felt two gushes of water. My first thought was that it was blood so I ran to the bathroom. When I found out it wasn’t blood I just thought I peed myself and didn’t know it. I was about 13.5 weeks. At 15 weeks we went to have an early ultrasound at one of the places you can pay for an ultrasound. The girl said she couldn’t tell us the gender because it looked like my fluid was low. She told me she would call my doctor in the morning and that I needed to follow up with her.

I called and they rushed me right in. I had an ultrasound to confirm there was not fluid around the baby at all. I was put on bed rest and was to see the doctor every week. I had about 3 visits and each time the baby had a little more fluid but never got above 2.5cm. My doctor said I had a condition called PPROM, which is the water breaking before 37 weeks. I was going to be on bed rest until 23 weeks and then I would be put in the hospital for constant monitoring there.

One morning at 17 weeks and 6 days I went to the bathroom and the baby’s cord was hanging down. My heart stopped at that moment. I knew I was going to lose my baby again. We rushed to the hospital, I told them the baby’s cord was hanging down and the put me in a room immediately. The doctor came in and did an ultrasound and there was no heart beat. She then told me I was to be admitted and induced to deliver my dead child.

My heart was broken into a million pieces. I remember every painful detail about that day, the most horrific pain I’ve ever felt. My precious angel of a baby was stillborn at 2:15 on March 6, 2016. I held him and just kept telling him I was so sorry. I felt like I let him down, like I let my husband down. He was the most perfect little baby I’ve ever seen. Walking out of that hospital without my baby broke my heart even more. I just kept saying I want my baby back.

I try to figure out everyday what I did to deserve this. I’ve never felt so much pain in my life. My heart will never be the same. How I will ever have the strength to try again is beyond me. But we want our family. My doctor is going to run tests and do exploratory surgery to see if she can find out what’s going on as to why I can’t stay pregnant. We pray and pray they figure out what’s wrong so we can go on with our lives and start a family.