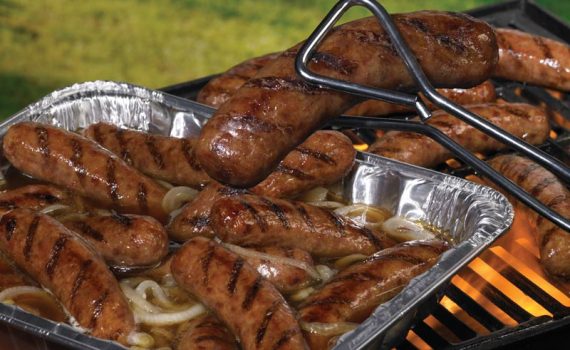 Burgers, Brats, and a Bit of Grief

Since our losses, I really hate small group settings with other guys, especially if I do not know them very well. BBQs have become especially anxiety-inducing.  Mostly because after the baseball talk is over, after I find out they don’t play fantasy football, that they’re not into Marvel or DC Comics but love the Walking Dead, (I even binge-watched GOT to cover my grounds)  the talk always turns to kids. Not just kids, but having more.

Not to sound flippant here, but to be honest, the odds are if you are in a group of 3 other dudes and yourself, that no other guy in that group has experienced pregnancy loss. That’s awfully isolating, right? Especially if the chest-puffing begins with the details ”Yeah, we’re good with two, but if three happens, that’s good too” or “They’re our last, no matter. I’m getting snipped.” Then sitting there trying to time your bites of your burger just right not to get drawn in, all eyes turn to you: ”So how about you guys? When is J getting a little brother or sister?”

At this moment, the nervous chewing begins and lots of thoughts pepper internally. Do I lie? Do I joke? Is this a chest-beating social interaction where they are establishing virility and want to know if I am manly enough for the pack? Am I going to make this an awkward situation if I just drop my truth? Am I going to cry when I talk? Will my voice crack? Awww…crap, this burger is now a liquid and I have to talk.

It’s kind of like being a deer in headlights. For a while, I just laughed and lied and changed the subject, especially when we were only a few weeks or so removed from the pregnancies. Now recently I was in this same situation above, and I changed my response. In a deadpan voice I spoke my truth. Not graphic, just the truth.

“Welp, we’ve had a few losses.” The air was sucked from the little circle in which we found ourselves. It got uncomfortable, some condolences were given, and some primal grunting, and a “well look at that” and they exit.

While yes it was uncomfortable,  it created a moment of realization. In that group where everything was stripped away,  there were feelings and authentic reactions.

That is where we have to start. That’s where healing is, in being authentic about the grief and letting it happen whatever and wherever it needs to happen.

And while this conversation ended the way it did, being honest has opened the doors to other conversations with men about this. You hear stories about infertility, you hear stories of grief, and those connections build. These conversations not only build an important bridge to others but one that allows you to cross the chasm of your own grief. In the end, talking about the losses helps you continue this journey that will never be over and one you never asked to start.

It’s crazy how we all mostly prefer burying our heads in the sand than deal with the awkwardness of speaking our truths.
Good for you, Paul.