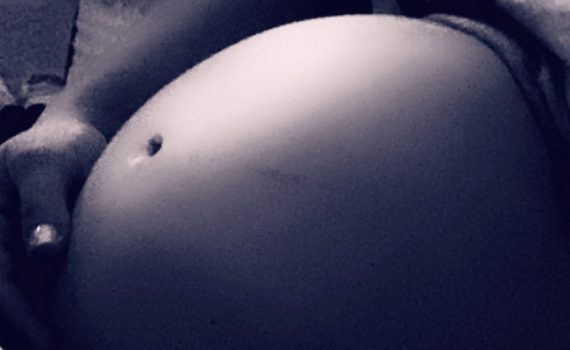 My story begins in July 2019, when I learned I was 6 weeks pregnant with my first child. My now husband and I were beyond excited for this little new addition. We soon learned that our baby would share a birthday (03/05) with my mother who had passed years ago. It seemed like a good omen.

The world where it was just the two of us was soon to become a whole lot bigger. Our mindsets changed from where we would travel for vacation to how many diapers a newborn goes through in a day, week, and month.  The months went by and all the joys of pregnancy were celebrated. At 20 weeks we found out we were having a baby boy!

I spent an exhausting amount of time researching the best diapers, the best non-toxic plant based toys, the best stroller and the best swing. I spent months researching sleep training techniques and the best formula that mimicked breast milk (just in case). He deserved the best and I was committed to providing the best money could buy. My Google searches were flooded with questions about the birth process and what to do with a newborn all day. I ate well, exercised and sought Reiki for a sense of calm and healing. With our unusual work schedules, we coordinated child care early and put a deposit down for September 2020. We checked off every item on our “to do” list and then some.

At 6 months pregnant we began constructing the nursery. We refinished the hardwood floor, put the crib together, and diligently stocked every drawer and every shelf. I stocked the baby bag (that I just had to splurge on!) with every essential item he may need. Every book was carefully placed. Every onesie and every blanket was washed with baby laundry detergent that I spent weeks researching. Every night I would turn on the air purifier, sit in the nursery chair, and prepare for his arrival. I wanted us to have a routine.

At my 37 week ultrasound I recall telling the ultrasound tech that he wasn’t as active as he had been the week prior.  She told me that he probably didn’t have much room left to move. She handed me a 3D photo of the baby and I waited for my regular appointment with my doctor. As I waited, I took the ultrasound photo and sent it to my family and friends. It’s strange how a single moment can truly change the course of your life. That moment happened when the doctor told me that my baby died. That his heart stopped beating. That I had to deliver my full term baby who had died days ago.

I couldn’t believe it. I had just been given a great photo- everything was fine. Why would she give me a photo if the baby had died? Five months later and it is still the most frustrating memory that replays on repeat. I had two weeks left until my scheduled delivery. I was almost there and then I wasn’t.

Thursday, February 13th marked the worst day of my life. On Friday, Valentine’s Day, we arrived at the hospital and our baby was born (still) on Saturday, February 15th. An eerie silence fell in that room. We all drowned in the silence when he was born. There was no cry, though I still expected to hear one. The only cries heard were those of other babies in other rooms with other mothers. We named him Charlie. He was really something special, even more beautiful than I could have ever imagined. He had gorgeous full lips. I like to imagine that he had inherited his father’s green eyes. We spent time with him, we took photos of him and said goodbye to him later that night. We were handed a memory box that now sits on a shelf in his room. We were given a “Certificate of Birth” which is quite different from a Birth Certificate. It was like receiving “honorable mention” when all you wished for was “first place.” We framed it and put it among his belongings.

So that was it. We walked out of the hospital, just the two of us. A couple passed us in the street; the woman was going into the hospital to have her baby.  I hoped the best for them and I hoped the worst.

I thought losing my mother at 23 years old was bad. This was far, far worse. When the autopsy results came back for Charlie we learned the the umbilical cord suppressed blood flow and caused a neurological stroke- something so rare there were only 6 documented cases the maternal fetal medicine doctors could find. Imagine that. I still can’t.

So that’s where my story begins. It is isolating. It’s crippling. It’s lonely. It is unlivable. I have more bad days than good. I’ve thought every thought you’re thinking. Most of the time I just sit and stare at nothing, think about nothing, and feel absolutely nothing. It’s whatever you want to call it: complicated grief, depression, PTSD. Yet still, somehow, I remain hopeful. I’m trying to reroute and reset the best I can. I haven’t found the magic that will wash away the grief and sorrow, but I’m trying to just like you.

Andrea has experienced two pregnancy losses. On 02/15/20, a baby boy named Charlie was born still at 37 weeks due to a nuchal cord accident. The second loss was in May 2020 at 7 weeks. The gravity of grief/loss can be tremendous and unforgiving. She hopes her story will lend hope and empathy to those who have experienced loss.