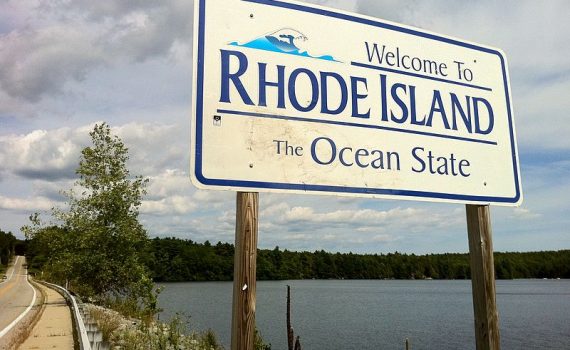 The irony did not escape me. On Wednesday, June 19th, the day we were supposed to hear our baby’s heartbeat for the first time, we instead were told that her development had stopped. Also on Wednesday, June 19th, the Reproductive Privacy Act was finally passed and signed into law, enshrining in the Rhode Island legal code all of the protections of Roe v. Wade. When I campaigned for this law I never imagined that it would come to fruition on the day we learned our fourth pregnancy was (also) not to be.

I am grateful that my ability to access reproductive choices allowed me to opt for a D&C procedure to remove our baby from my uterus rather than trying to collect the remains myself at home for testing. Haven’t I been through enough without that added trauma? Insurance paid fully for the procedure. Having access to that D&C is the reason we know that we had a daughter, and why she died. I wish I didn’t have to be grateful for that.

It’s a complicated thing to fight for reproductive choice even as the choices you’re left with to decide the fate of your own family are bleak and hopeless. Even as women with my experiences are left out and left behind over and over by a reproductive justice movement that largely shies away from the most wanted pregnancies of all.

The Reproductive Privacy Act doesn’t include any safeguards for people who are using IVF to (try to) grow our families, technology that would be at legal risk if Roe v. Wade were overturned. I took it up with the Senate sponsor at a house party once and she told me it wasn’t as important as the other protections at issue in her bill because it impacts fewer people. In her (flawed) analysis IVF was not at risk no matter what the Supreme Court decided so there was no point in making those protections explicit. I was annoyed, but resigned. As hard as I fight for the reproductive freedoms of others it seems mine are content to be ignored. I smiled anyways when the Privacy Act was signed, even though my heart had been permanently shattered earlier that same day.

The Friday before I had the D&C was the last day of the 2019 Rhode Island legislative session. A bill near and dear to my heart died that day as the House refused to take it up even after it had been passed unanimously by the Senate. The Rhode Island Parentage Act would have provided updated protections to families who conceive with assisted reproductive technologies (ART), and especially to same sex couples who are subject to particularly burdensome processes for second parent adoptions in the state, a process that unnecessarily takes months and costs thousands of dollars. With that bill’s death so died my remaining hope, that small glimmer that by the time our baby arrived we would have heightened legal protections and less arduous hoops to jump through – after all, haven’t we been through enough already?

But our baby is not arriving, and we were again left behind. I’ll keep fighting but I wish we didn’t have to.

I’m Meredith, a 31 year old loss mom living in Rhode Island with my wife and our adorable dog Teddy. After an extended bout with infertility and recurrent pregnancy loss we are hoping to have our first living child through IVF. For fun I work (a lot) at a job I love, talk politics pretty much non-stop, and am a newfound podcast enthusiast.