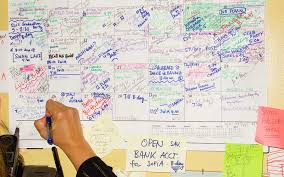 The people who know me best in life know that I am a mix of a confusing group of characteristics. I am an extreme planner. My first pregnancy, I was due in September and already had the maternity ward tour scheduled in May. The nursery was done at the beginning of August. Everything was washed, labeled, and ready to use. Those same people know that I am incredibly disorganized. My kitchen counters and dining room table are full of clutter. I don’t mind it because I tell myself I can easily find something that way.

I found out about my second pregnancy three years ago on May 22, 2017. I was determined that whatever gender this baby was, the theme of their nursery was going to be The Very Hungry Caterpillar. I went to a craft store and sifted through bolts of fabric picking out red, yellow, and green that I would ultimately request my mother in law to sew into a quilt. I went to Kohl’s and found a “Big Sister” shirt for our daughter and some fairly unisex clothes. I planned our baby announcement for 4th of July. I started a Pinterest board for welcoming a second child home and how to deal with sibling rivalry.

And then things happened that I couldn’t have planned for. When I started bleeding, it was incredibly faint. I heard that many women have spotting early in their pregnancy and I was only six and a half weeks along at that point. The pregnancy test was very clear and bright, which I thought meant a strong pregnancy.

I write this post during this time because we are all dealing with things we couldn’t have planned for. Most of us are at home. Some of you are spending your last trimester in solitude, instead of having in person baby showers with family, friends, and food. Some are currently in the fourth trimester, aching for the company of loved ones during these precious times.

What I’ve learned in the last three years since our loss is that we can plan all we want, but sometimes life or a higher power just has different plans for us. There is no shame in grieving the loss as long as you need to. Whether that is the loss of maternity shoots, newborn shoots, baby showers, visitors in the hospital, or the other dozens of things that we now can’t control, disappointment is a valid feeling.

The other thing I’ve learned is that if you don’t allow yourself to have those feelings when they’re happening, they will build and build and explode one day. I still struggle on certain days with meaning (the day we found out, the day we lost, the day I returned the Big Sister shirt) but in those moments, I give myself some grace and allow tears to fall or wine to be consumed.

When we’re dealing with the unthinkable, the only plans we can stick to are the ones where we plan for nothing at all.

Hi, Everyone. My name is Jessica! I'm sad, but excited to join this supportive community. I have a 5 year old and have been married for almost 4 years. My hopes in joining this expressive community is to acknowledge not only my feelings, but help others acknowledge theirs as well as their loss and provide hope for the future.