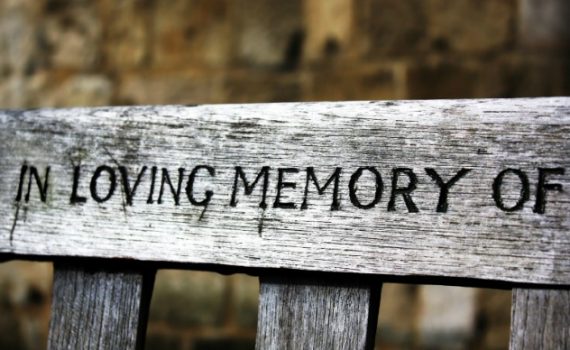 It’s hard to believe a year has gone by since we lost my grandson Liam. I remember what a difficult time it was and how we were unsure about if and how we should hold a memorial. Even though he was stillborn, I believed his life should be honored. Since my daughter-in-law was recovering from having miscarried, we opted for something simple and meaningful. We had a mass offered for Liam at my church, followed by a family reception at my home. It was an honorable way to remember Liam and grieve his loss.

At the time, I really wasn’t sure what memorial options were available. I came across the book What Remains: The Many Ways to Say Goodbye: An Anthology, edited by Sandi Gelles-Cole and Kenneth Salzman. It wasn’t what I expected, but many of the passages moved me. I was hoping for more of a “how-to” checklist for planning memorials, but this provided personal stories of how people honored and remembered their loved ones in death and how they themselves wish to be remembered.

I was surprised by how often people spoke of the relief and peace that came to them through their grief. They spoke of feeling the presence of the departed among them. One writer noted that she was “fatherless and fatherful.”

Humor was also present in several of the stories. One writer shared the constant back and forth argument between his parents about his father’s request to be cremated. His mother could not envision telling her neighbors that her husband was “in a jar on top of the TV.” One day when the son came to visit, she waved two certificates in his face as it they were winning lottery tickets. She had purchased two plots at a local cemetery. Not a mention was made about his dad’s preferences until his death. His mother had one final wish also–at the funeral, a small box was lowered into the 6-foot grave. “Your father’s ashes are in the box. It was a great price on a plot, I couldn’t let it sit there empty,” whispered the mom to her son.

Several noted non-traditional resting places for their loved one’s cremains. In one poignant piece, a woman writes about scattering some of her husband’s ashes at places that were meaningful to them during in their relationship. He had not wanted a funeral, but after his death she wanted some way to honor his memory.

The strong bond between owners and their pets who have “crossed over the rainbow bridge” was even addressed. Pets are truly like family and losing one can be like losing a family member.

One quote at the beginning of the book immediately struck me— “You only truly die when your name is spoken for the last time.” The greatest fear of two friends who had each lost a daughter—one at age 9 and the other at age 17—was that they would be forgotten. Remembering those we have lost keeps them alive in our hearts and minds. Speaking of them and celebrating their lives in whatever way we see fit keeps them present in our lives.