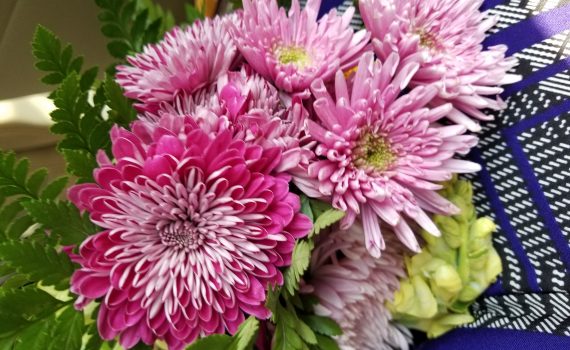 What’s in a name?

Genesis Kerrah. I had already picked out her first and middle names. Even though it was too early to confirm, I am very sure I was carrying a girl. This was confirmed by my stepdad’s dream of a little girl running towards him in the playground. Happy. Carefree. Identical to her older brother. We were so excited to meet her. But at 10 weeks I miscarried and the dream was the only proof of a life not yet lived. Since then I have welcomed my second son Roman and I cannot imagine life without him. He fits perfectly into our family. It’s an alternate universe I never imagined for us and I am overwhelmed with joy and love.

Genesis. I love this name. It’s commanding. “In the beginning…” I believe in the power of one’s name. I believe it contributes to your life’s purpose. At first I feared having a girl because of my personal insecurities and damaged past, so I needed to believe that she would be a ground breaker in whatever she was designed to be and do in this life. A seed was planted within me once she started growing inside me. And it has never left me. She did prepare us. She was destined to exist not for me, but for Roman.

Roman is a little guy with a big presence. He is very daring and adventurous. Literally I pray not for one, but an army of guardian angels around him. “God wrap him in spiritual and physical bubble wrap!” But God did something better. He gave him Genesis to be with him always. How do I know this? Roman seems to carry himself like he has his own personal guide. Someone who is in his ear and by his side. He shows no fear. He struts around with so much confidence. I know that he does not get that from me with my worry bee self or his big brother who is shy and sensitive. And even though he is the youngest, I know he will be the one to protect his big brother because he has someone watching over him at all times. I know she is here with us. It’s a feeling that warms my heart and spirit.

It is just recently that I have started referring to my little angel as Genesis. I realized that I was holding on to her name. Her name is not just for me, but for her and embracing her rightful place within our family. She is more than a sonogram on my desk. And even though the little angel figurine provides a tangible and visual comfort, “Genesis” gives her power to exist beyond the dream. When the boys get older, I want to share with them that they do have a sister named Genesis and she is with them always. They can truly believe that they are never alone. They can find comfort in praying and speaking with her because they got a heavenly insider. They can refer to her by name and so can I.

My fertility journey started in 2012. After 2 years of numerous rounds of fertility treatment, I finally became pregnant with my first son. After his birth, I continued to struggle getting pregnant and returned to the fertility clinic. In 2016 I became pregnant. Unfortunately at 10 weeks, I miscarried. Five months later I became pregnant again and gave birth to my second son in 2018. I share my experience because there are so many women who struggle alone and we need to encourage dialogue and support each other. Bringing love and light to a hard topic but necessary for healing and change.