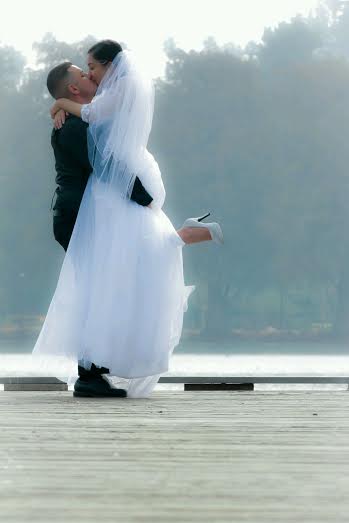 December 25,2015 was the day we found out we were expecting. I had been wanting to get pregnant to give our daughter a little brother or sister, so I was very happy with the news. After the holidays I called the doctor to set up my first appointment. My husband and I were already thinking of names for a boy or girl.

Prior to this pregnancy I had an ectopic pregnancy which had me a little nervous, but my appointments were all normal except for the fact that I wasn’t gaining weight. The doctor did not seem worried so I didn’t either. I started wondering why I had to go in every 2 weeks instead of once a month but I just thought maybe it was because the ectopic pregnancy. At my 11 week appointment we were going to listen to the heartbeat and she kept saying what we were hearing was my heart then she finally said that it was the baby’s heart but it still sounded like mine. I tried not to think anything negative about it and I was scheduled to go back in 2 weeks.

February 24, 2016, at 13 weeks, I was dancing with our daughter and I went to the bathroom and noticed I was spotting lightly. I started crying, I just knew something was wrong. I called my husband and we went to the ER where the doctors and nurses were very unprofessional, I was sent for a scan to see the baby and it was the longest ultrasound, the tech wouldn’t tell me anything. Once I was back into the room the doctors were not telling me what was going on. My husband was getting very upset with the doctors’ actions.

After a couple hours the doctor came in and gave us the news that the baby was measuring 11 weeks and there was no heartbeat. My husband hugged me and we cried together. I took medication to pass the baby but it didn’t work the first time, when I went back to my doctor to see if he was out the ultrasound still showed he was there. I will never forget that ultrasound, how he was curled up sleeping. I will always have that image in my head. So I took a 2nd round of medication and it worked. My husband was very strong through it all and very helpful. I didn’t want to look when I went to the bathroom so he would look for me and he would just hug me.

We have not decided to try again, I cannot put myself through this again. It is the worst feeling. All I kept thinking was how would I tell our Princess who knew there was a baby in Mommy’s tummy. We didn’t know if it was a boy or girl but she called the baby Bubba and I feel in my heart it was her little brother. I couldn’t find words to explain to her what happened so my husband told her Bubba is in the sky watching you so now she always says that the sun is Bubba.

To our Bubba: Mommy, Daddy, and Sissy love you.