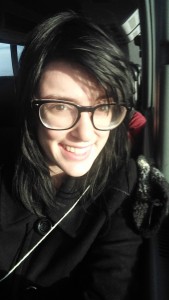 Miscarriage. It’s such an ugly word, don’t you think? So harsh, medical, sterile…

When I found out I was pregnant on June 24, 2015, it was a word that I never ever thought I would have to fear. At 18, and with a family history of young pregnancies (and not one miscarriage), I assumed that it was something that wasn’t even a possibility. The only thing in my mind and heart was joy – even though I was young, I had spent most of my life wanting to be a mother. And now I was going to be!!

I had my first ultrasound on June 28. It was the most amazing, beautiful, surreal experience ever. My little bean was measured at 9 weeks with a strong heartbeat. I had never felt so much love, so much joy or happiness – I was going to be a mama, and that sweet little picture was my baby!

That night. I had some light cramping. It made me a bit nervous – something just felt wrong – but I ignored the nagging sense of wrongness. I went to bed, singing a lullaby to my little bean, and dreaming of the day I would hold them.

Those dreams died in the morning. I woke up a bit after 7 to see that there was blood all over my sheets. Immediately, I ran to the bathroom. Blood was everywhere and I couldn’t stop crying. I just kept hoping that it was nothing, thinking of all the moms in the group I had joined who had had bleeding early on. But that nagging sense was still there, like something was terribly wrong. I remember trying to dial 911, but shaking too much to do so. Suddenly, I started feeling like I had to push.

This was the first time that I thought of the word “miscarriage.” Up until then, I had simply been praying that I was mistaken. But as I sat on the bathroom floor, bleeding and pushing and crying, I knew that my baby, my bean, would be with me any minute, too soon for them to survive.

After sitting on the floor, pushing for maybe thirty minutes, my baby came out. Just a little sack, with a tiny little embryo tucked inside. I don’t really remember much after that point – it was a haze of pain and terror. How could this be happening? The baby was fine last night! Just yesterday I saw the heartbeat and my child was alive, and now here they were, so small, so fragile… and so gone.

Eventually, I finally came around enough to call 911. I don’t remember what I said or how I said it, and at some point I must have blacked out all together because the next ting I remember is the hospital, and my boyfriend and father, and the doctor telling me that I had had a miscarriage. As if I didn’t know. As if I hadn’t held my precious baby as they came out. The hospital said I was going to be in overnight because I lost a lot of blood. I didn’t really care. For all I cared, I could have bled out on that bathroom floor.

My baby was dead.

As I write this, I keep looking at the locket around my neck, with my little bean’s due date. Right now, I should be holding my baby, feeling tired from all the sleep loss, but so happy to be a mama. Instead, I feel empty. Not a day goes by that I don’t think of my little bean, and all the dreams and hopes and wishes I had had for them. I miss you, Little Bean. You are my heart.