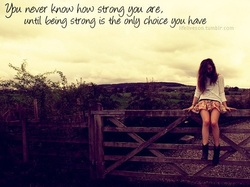 One of the biggest questions couples face after experiencing a pregnancy loss is “when is the right time to start trying to conceive again?” Naturally you are worried about the physical and emotional toll it might take plus the fear of actually getting pregnant again and having another loss.

Unfortunately there’s no right answer here and even doctors’ recommendations can vary. So the answer for when it’s the right time is simply “whenever you decide it is.” Depending on how far along you were when you experienced your loss as well as if any medical procedures were done, your doctor will likely recommend waiting 1-2 cycles before trying again. Keep in mind that for some women, your period may not return for many weeks after the end of your pregnancy but it is still possible to conceive during that time.

Although most women are cleared physically to start TTC at the 1-2 cycle mark, it is often times the emotional factor that plays a bigger role. Many couples are still handling the sadness, anger or bitterness that can come with a loss and they have a lot of doubt and anxiety about possibly going through that again.

Sometimes there are other factors to consider, such as age, medical conditions, and work or school obligations. Here are a few real-life examples:

Kerlie has suffered 4 losses, the 3rd of which happened past 25 weeks. After losing their daughter, Kerlie and her husband found themselves not only unready to try to conceive again, but they experienced a battery of testing to look deeper for clues to any underlying fertility issues. As a result, they waited 7-8 months before trying again.

For Melissa, she chose to start TTC again after 2 months. Although she was not emotionally ready, she felt a lot of pressure because of her age – she had miscarried a couple of weeks befor

After her first loss, Stacey wanted to wait until she was almost done with her associate’s degree, which was just under two years away, before trying again. About a year later she got pregnant again despite being on birth control – and then suffered another loss. This time around, though, she and her husband wanted to start trying again right away.

Trying to conceive after a loss can be a very isolating process. It is often a more emotional journey than it was before and it’s easy to have the mindset that because pregnancy happened once, it will naturally happen again. While this is the case for some women, many others struggle to conceive again for a variety of reasons. It’s important to remember that your body can change after a loss, especially during those first few cycles so you may not have the same patterns as before. Even if your cycle occurs like clockwork, it’s a good idea to go back to basics such as charting, taking your temperature, and testing for ovulation. You may be surprised to find “a new normal.”

Some couples never really quite feel ready to start trying again but know that in order to reach their goal, they have to at some point. It’s ok to feel unsure and there’s certainly nothing wrong with taking a longer break, it does not mean that you want a child any less. Whatever you decide, know that it is the “right” answer.